The following figures are based on the total number of members, including both Ordinary (British) members and Associate or Non-Ordinary members (non-British). The figure of 17 founding companies for the British Chamber ignores the associate membership of three non-British companies, two of which, The East Asiatic Co., Ltd. (Danish) and Diethelm & Co (Swiss), were strong supporters of the British Chamber and remain so to this day. 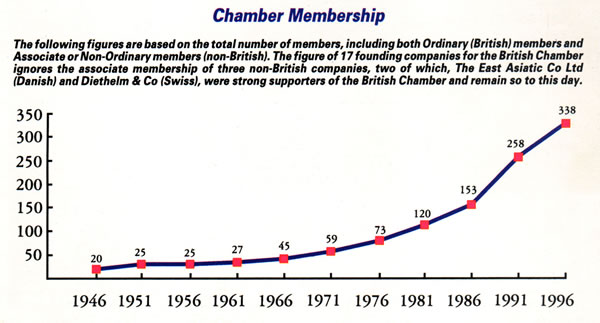