Arnop Phorndhiti has over 40 years' professional experience in the general insurance industry.

He was appointed head of Thai operations of a leading British non-life insurer in 1988 following his return from secondment in the UK.

Arnop is well known and respected in the insurance community in Thailand and is currently the Chairman of the Executive Committee of MSIG Insurance (Thailand) Co., Ltd. 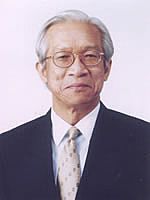 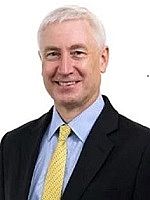 Prior to joining Grant Thornton in 2016, Chris was the Chief Executive Officer at OCS Group Ltd. (known in Thailand as PCS Thailand Ltd. He spent 39 years with the company and when he was appointed to CEO in 1996, the company turnover was £230m with operations predominantly in the UK. During his time as CEO, turnover rose to circa £1bn employing over 94,000 staff with 70% of profits generated overseas.

OCS Group is a family-owned business in the fourth and fifth generation giving Chris unique insights into family succession as a member of the family himself.  He has also spent time working the Institute for Family Businesses in the UK.

Chris has spent a considerable amount of time in Thailand and Asia. He played a key role in the successful expansion of PCS Thailand Ltd. This involved investing in a small business in Bangkok in 1988 which is now the market leader in Thailand and operation throughout Asia.

He has proven experience in strategic, financial and commercial management. Chris is a people orientated leader who recognise the importance of colleagues and business partners around the world as well as enabling growth through an environment built on trust and empowerment.

Chris has a wealth of knowledge and experience in leading and pioneering new business operations within the global B2B services environment. He is a hands-on leader who delivers solutions with conviction and passion whilst operating in complex, involving businesses with changing priorities and multiple external and internal stakeholders.

In addition to developing strategies that expand both the global operations and service capabilities of businesses, Chris has led international, sales and revenue growth agendas, and managed group operations across both emerging and mature economies.

Chris has an experienced Executive and Non-Executive Director including Chairman roles. 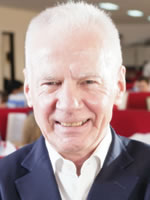 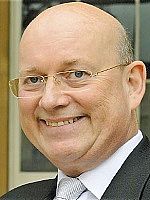 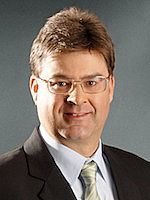 James Pitchon MRICS is now retired and just an amateur observer of the Thai property market and urban environment.

He trained as Chartered Surveyor and had a 32 years career with CBRE, the world’s largest commercial real estate services and investment firm, in Hong Kong, China and for the last 30  years based in Bangkok.

He was also a founding partner in CBRE’s Vietnam and Cambodian operations. 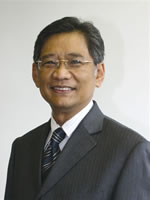 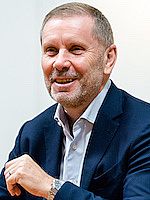 Steve has a wealth of knowledge of operating internationally, specifically significant leadership experience in Asia. He has a strong background in consumer marketing and held senior executive positions with Bristol-Myers Squibb and Unilever, before being appointed president of Mead Johnson Nutrition, a leading global infant nutrition company, in 2004. He was president and CEO from 2008 to 2013, listing the company on the New York Stock  Exchange in 2009 and a non-executive director from 2013 to 2017. He was also previously a non-executive director of Beam Inc., RMA Group Masan Consumer. 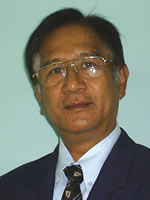 Khun Sukhavichai Dhanasundara, has been involved with the industrial sector for over 40 years in the fields of industrial development, financing and investments (Industrial Finance Corporation of Thailand – IFCT), industrial estates and factories development (Thai Factory Development Plc) including partnering with The Industrial Estate Authority of Thailand (IEAT),  factory operations management with Ideal Standard and American Standard plc., as well as being a resource person for the Board of Investment. During most of this period, he was also active in the field of academia, as part-time lecturer in various BBA and MBA programs at AU (ABAC), Bangkok University, Eastern Asia University, Rangsit University, Silpakorn University, Lucerne University of Applied Arts and Sciences, and has been guest lecturer at  UCD Smurfit Graduate Business School (Eire), University of Edinbugh Business School (Scotland), and Konstanz University of Applied Sciences (Germany).

Currently Khun Sukhavichai is part-time lecturer in graduate and post graduate business and management programs at the Lucerne University of Applied Sciences and Arts (Switzerland) and Silpakorn University. He is a founding member of the BCCT Management Development Group and continues to lead it at this time. 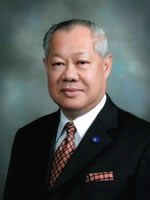 Sunthorn Arunanondchai is the Vice Chairman of CP Group of Companies, the largest Thai conglomerate with businesses in agricultural feeds, telecommunication and real estate amongst others. In 1998, he created a highly successful joint venture between the CP Group and Tesco PLC (UK). The company has since become the largest hypermarket operation in Thailand.

Over the past 36 years, Sunthorn has been continuously active in the field of education, lecturing regularly at local universities and sitting on boards of management. He has donated a building to the College for Graduate Studies in Management at Khon Kaen University. Furthermore, he currently serves as Chairman of the Board of Directors at the university.

Being an active and charismatic leader with diverse interests, Sunthorn is currently an Associate Judge for the Central Intellectual Property and International Trade Court. In 2005, Sunthorn received the Alumni International Achievement Award at the Sam M. Walton College of Business at the University of Arkansas.

Additionally, he was bestowed an Honorary Commander of the Civil Division of the Most Excellent Order of the British Empire (CBE) in 2007. 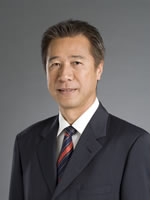 Tiraphot Vajbhaya was born on the 1st of February 1953 in Bangkok. He holds a BA in Economics and Commerce from the University of Melbourne, Australia in which he graduated in 1976. He then received an MBA from Boston University, USA in 1981. He is married to Varita and they have a son and a daughter.

Tiraphot joined the Shell Co. of Thailand Limited in 1978 as a Senior Assistant in the Systems Evaluation Department. and worked in a variety of roles in the fields of Finance, Supply & Shipping, Personnel and Marketing in addition to an assignment at Shell International Petroleum Co., Ltd., U.K. in 1995. He then became Retail Director in 1998 and General Manager Retail for Thailand in 1999.

He retired as Chairman of Shell Companies in Thailand in 2008. 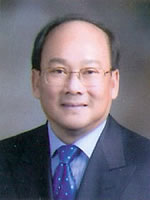 Khun Vikrom Koompirochana, Chairman of the Board, Dragon One Public Co., Ltd. and past Thai Ambassador to UK 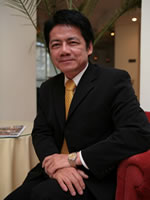 Dr. Virachai Techavijit graduated in Accountancy from Thomas More College-Ft. Mitchell, KY, USA in 1973 and received his MA and PhD degrees in the same field from the University of Missouri-Columbia, USA in 1979. In the same year he also received his Certified Public Accountant (CPA) certification from the State of Nebraska USA.

After he received an Advanced Teaching Certificate in 1966 from the Ministry of Education Thailand, he undertook the position of Headmaster at Joseph Upatham School, Thailand from 1967-1969. He then worked at universities in the U.S.A. from 1975-1981. The last university he worked for was the University of California, Los Angeles (UCLA) as an Appointed Full Time Lecturer.

In 1994-1995 he was Chairman of the Board of the Mass Rapid Transit Authority (MRTA). From 1996-1997 he was an Official Adviser to The Prime Minister. Currently, he is Chairman of Ventures Group of Companies and, since 1994, Founder /Chairman of The Regent's Schools. 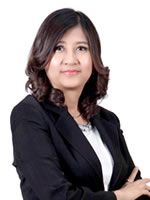